One of the hottest new social media outlets of 2012 is Pinterest. Over 10 million users have signed up with the service and approximately 8 million are active monthly users. Though some would argue that its popularity has already peaked, it is still important to know how to use it as part of an overall social media strategy.

First off, it doesn’t do much good to put a lot of time into the profile on Pinterest. Users rarely look at each others’ profiles, so it is wasted effort. Second, the layout of your pins is important. Just like a Broadway star, the pin that is front and center will get more attention than the ones along the outside. Thirdly, you want the pins to tie in strongly with the brand. For example, a car dealership will want to highlight a mix of the 2012 vehicle line-up along with old favorites. If the pins only tie in loosely with the brand, users will see the Pinterest account as disingenuous and just trying to drive traffic. Basically, the profile might get more clicks, but those clicks will not translate into brand loyalty and new customers.

In 2012, the road to better credit leads right through car dealerships.

According to the Wall Street Journal, the requirements for home and business loans are still strict with most lenders, but lenders are more willing to give auto loans, even for consumers with no credit or challenged credit. They based their analysis on a survey of senior loan officers at American banks as well as foreign banks with U.S. operations.

Studies have shown that car ownership can lead to upward mobility in the workforce and higher pay since car owners are not reliant on public transportation. They won’t be late to work because of a delayed bus or train, and they have more employment options open to them. When a steadier source of income is combined with new available credit, the end result is that the consumer is put in a much stronger financial situation.

Since other forms of credit are not accessible to consumers with a sub-prime credit score, there is a whole market of people looking to re-establish their credit history who will be looking for car loans. Car dealerships that partner with Special Finance Group can tap into this market and have a brand new source of customers. In addition to tradition advertising methods, Special Finance Group has an established online presence and utilizes the latest in online marketing to target the right car shoppers. 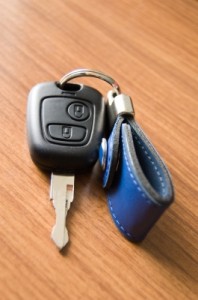 Car dealerships that aren’t offering car loans to consumers with challenged credit are missing out on significant business.

Analysts have attributed this trend to the fact that credit standards for auto loans are not as restrictive as they used to be. They have also pointed to the rise in auto sales as proof that lenders are willing to work with consumers regardless of their credit situation.

Talk of the economy of almost completely inescapable these days.  Things seem to be taking a turn for the better however, with the auto industry having very positive news about their sales upswing in 2011.  Unemployment numbers just came out the other day, showing at 8.3%, the lowest in three years. Money is starting to get back in people’s pockets and for the person looking to purchase a vehicle the lenders are expected to give some great rates in 2012.

Interest rates have seen a steep drop of late.  For example, a 60 month- loan given in November of 2008 to someone with excellent credit would be looking at paying an annual percentage rate of 6.54 percent.  That same loan being made today would be at 3.73 percent.

Melinda Zabritski, the director of automotive credit for Experian, has an explanation.  She believes that consumers are no longer making impulse buys but are rather being more cautious with their money and planning out a car purchase in advance.
That’s not to say that just because you have bad credit means that you’ll get guaranteed an excellent rate.  For subprime borrowers (people with credit scores of 619 and below) they can expect to have to provide a 20 percent down payment.  Due to this, Experian’s Zabritski explains that these customers should be looking more at used cars where there are better loan opportunities.  According to Experian’s data, the used car may have a higher interest rate but this is offset by the lower cost of the vehicle along with a better chance of being approved.

There are some basics people need to know before purchasing a car.  These range from setting up a budget, knowing your credit score by doing a credit check, and being prepared to make a larger down payment.  The signs are there with the economy with the recent turn for the better.  People with low credit are still having a tough time with auto loans, but it’s starting to look more optimistic.

2012 is going to be the year to get people into the car they want.  This high demand from consumers with challenged credit means that there is no better time to sign up with Special Finance Group’s Complete Special Finance Solution.  You can learn more about the program here and go to http://www.specialfinancegroup.com to get more information.  Don’t forget to like them on Facebook to stay up to date on all the latest news in the industry.