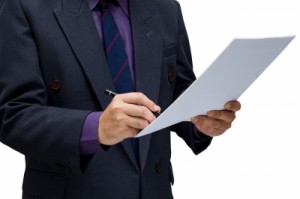 For years, backdating sales contracts was a common practice for dealerships across the country. They used to backdate to get in on time-sensitive manufacturer incentives or because they wanted to hit a sales target.

Almost three years ago, a California appeals court ruled against a San Diego dealership for backdating contracts and ordered that the dealership pay $50 to every member of the class action lawsuit. Additionally, they had to pay around $400,000 in legal fees.  The court ruled that backdating violated the Truth In Lending Act since the buyer will have to pay additional interest, and if the APR changed as a result of backdating, the dealership will be violating the law unless it falls within one-eighth of 1 percent of the calculated rate.

According to Gil Van Over, writer for Wards Auto, the auto industry has not taken the proper steps so that dealerships will not be tempted to backdate a deal. Automakers have charged back on incentives when a contract date is just outside of the incentive deadline. Some dealerships have just argued that the court was wrong in its ruling and that if a car buyer is driving the car already, they should be paying interest. Fortunately, automakers are starting to catch up, and if the dealership reaches out to factory auditors and provides proper documentation, the dealership will not be charged back on incentives. As to arguing that the court ruled incorrectly, the law is the law. The court’s job is to interpret the law. Just because you disagree with the court’s interpretation of the law doesn’t mean that your dealership will not be subject to that same law and its interpretation.

Backdating is tempting, but it is a costly mistake made by too many dealerships. Be vigilant, and make sure your dealership isn’t making this mistake!