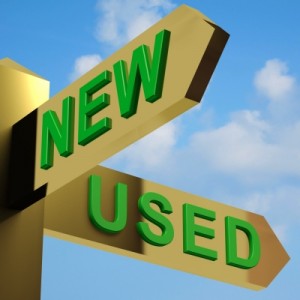 CNBC has put out an analysis of the used car market. It’s findings did not bode well as the used market was hit hard by the collapse of 2008. Due to the economic downturn, many vehicle manufacturers cut their production on a large variety of makes and models to keep their doors open. While the economy is starting to come back to better times, car owners that have seen harder times due to the recession have been deciding to keep their cars rather than trading in for a new ridge.

How much exactly? Well, the amount of three and four year old cars for sale on the market is down by about 19 percent. That comes out to a total of around 5.7 million used cars that would’ve been on sale or available. Since this supply has taken such a hit, it’s no surprise to see that used car buyers are now looking to the new car market instead. Thankfully, it was a good winter for the auto companies. Even January sales showed a vast improvement over the previous year with about 13.5 million. Ford and Chrysler have already been putting out some good numbers for the month as well.

There’s definitely a high demand out there for vehicles and for the buyers with challenged credit. There is no better time to sign up for Special Finance Group’s Complete Finance Solution than right now. You can view the program here and go to the main website to see just what SFG can do for you and your dealership. Don’t forget to also follow them on Facebook.